We are surrounded by words in the English language that mean the same thing. Browsing through a thesaurus, you can find synonyms for just about any word out there. Yet, often the synonyms, many of which have nuanced definitions that depend upon the context in which they are used, can change the meaning of a sentence.

For instance, if I wanted to say this article was great, I could also say this article was: tremendous, considerable, huge, strong, big league, extensive, or stupendous. Some of the other words available in the thesaurus are not as clearly suited for our intended meaning, such as: big, enormous, extreme, high, or vast. Every word mentioned is a synonym of "great," however each is a synonym with a slightly varying definition of "great." By using these words in place of "great" the meaning of the sentence changes, and in some cases gives completely different results. If I were to say, "This article is really big," that has a completely different meaning than, "This article is really great." The former may suggest that it is lengthy or perhaps even a big deal or popular. Great, in common usage and in the latter example, likely means that the article is useful, smart, funny, on-point, or some other complimentary review.

Word choices and their definitions make a marked difference when selecting the dimensions to track website performance in Google Analytics, as well. It's important to learn the difference between "city" and "metro", for instance. Though these seem similar, they yield significantly different data results. Rather than relying on a user's perceptions of what those words/dimensions mean colloquially, the lines that determine what is a "city" or "metro" may in fact encompass a far larger or more confined area than one might guess.

City or Metro are similar and may be used interchangeably in casual conversation, to the point where they seem to mean the same thing. Filtering for these dimensions and understanding the data that comes from using these dimensions will provide very different results. Knowing the scope of what Google Analytics (GA) considers City or Metro is important in providing clear, accurate reporting for your website's visitor data.

Google approximates user locations using users' IP addresses such that this data can be reported in analytics. This allows reports to be created to show where most users are coming from and where your message is resonating. As mentioned above, however, GA employs different dimensions for how this location can be reported.

City: This is the most commonly reported geo-location dimension, however, using it has drawbacks.

Defined by the actual city limits

The results of the people accessing your site from a particular city are located from inside the incorporated city. All of the small towns and unincorporated parts of the city are not included in these results. Cities, for one reason or another, can have odd shapes and can include/exclude large population centers. 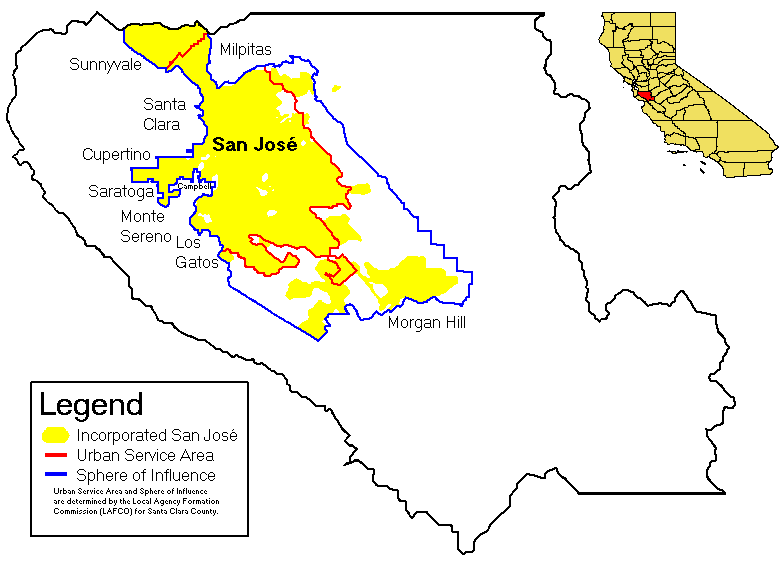 In the example of San Jose, many of the smaller towns, such as Los Gatos, Saratoga, or Campbell (nearly totally surrounded by San Jose) would be excluded from search results if looking specifically for the city of San Jose. Surrounding towns, cities, and communities are ignored.

Since the dimension of City specifically looks at the total number of sessions from within city limits, large amounts of sessions that are spread across multiple cities in the same area will show up as a small amount of sessions for each individual city. Doing a "Top 10 Cities" list will likely net several large cities, but might not be a fair representation of the distribution of sessions.

Metro: The definition of metro is a bit more complicated than simply saying it is the surrounding areas of major cities, which is how the term is broadly interpreted. For a truer sense of the term and dimension Metro, we must look at how broadcasting markets were established for radio and television, and are now used by marketers to encompass digital marketing geographic and demographic areas.

As it turns out, Metro areas are the same as DMAs (Designated Market Areas) created by Nielsen Media Research. These 210 markets in the United States divide up the map and can incorporate several major cities into single DMAs. For example, San Jose belongs to the DMA which includes San Jose, Oakland, and San Francisco, along with all the smaller cities in the area.

This map looks a bit like a jigsaw puzzle, but it shows all the DMAs throughout the United States. 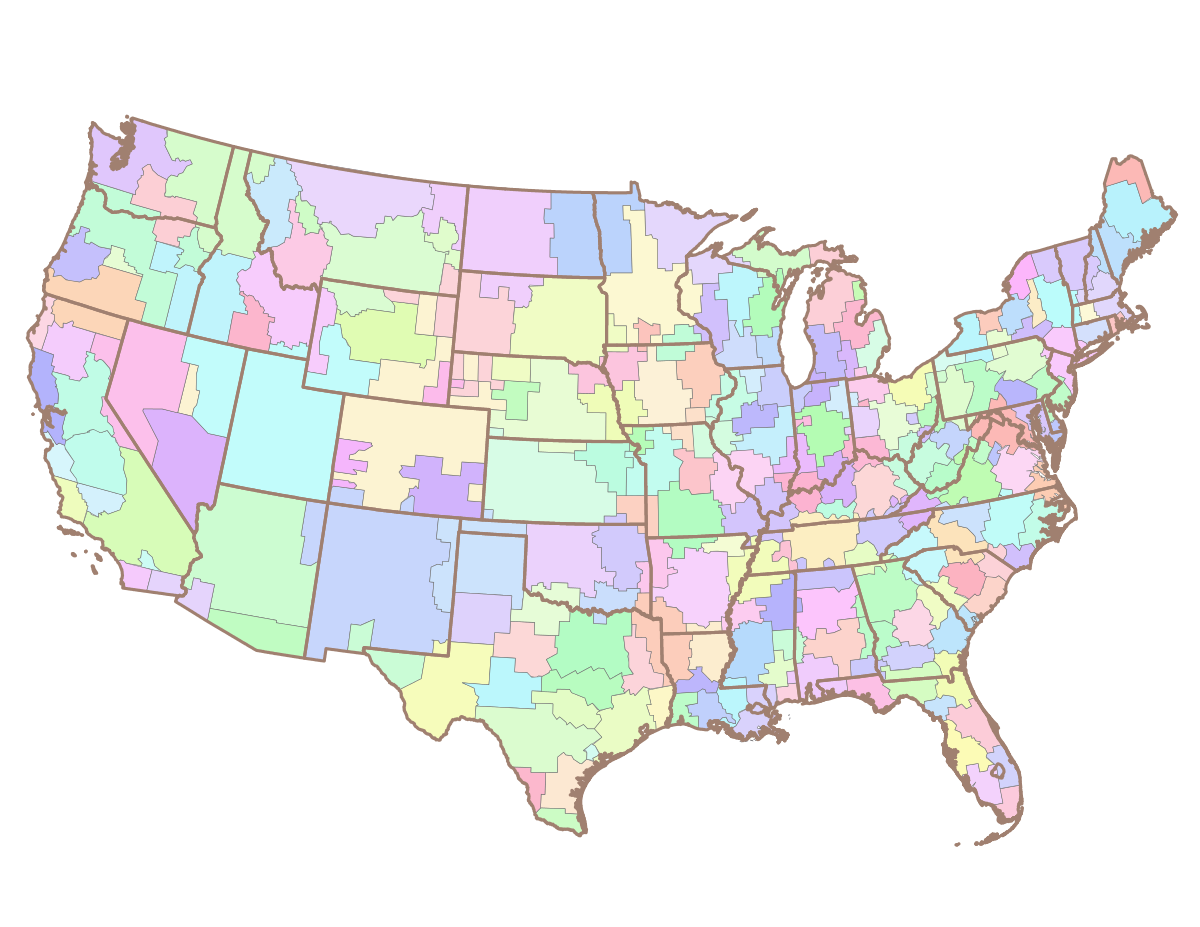 Looking at DMA could give vastly different insight about who is accessing your site.

A common frustration with using a city dimension is that several towns show up in your results from your local area, crowding out some more interesting results. By using metro, you can include all of the smaller towns/cities into the results and as a result, entire regions might jump up the list. For example, San Jose by itself might not be in your top 10 results, but if you combined the entire DMA's sessions (Oakland, San Francisco, San Jose, and smaller communities), the metro might place in your top 10 reported results.

Radio and television markets are defined by DMA. This means all cable and satellite providers will be showing the TV stations designated for that area. Advertising done through traditional media will have a geographical reach of that DMA (or Metro). By using the Metro dimension, you would be able to see if traditional media has been effective at driving traffic to your website.

Metro could be too large of an area

Because metro uses the same designated market areas as television and radio, in some parts of the country these large market areas represent large swathes of land. For example the Albuquerque DMA covers much of the state of New Mexico, while the Salt Lake DMA covers all of Utah, part of Nevada and Wyoming! 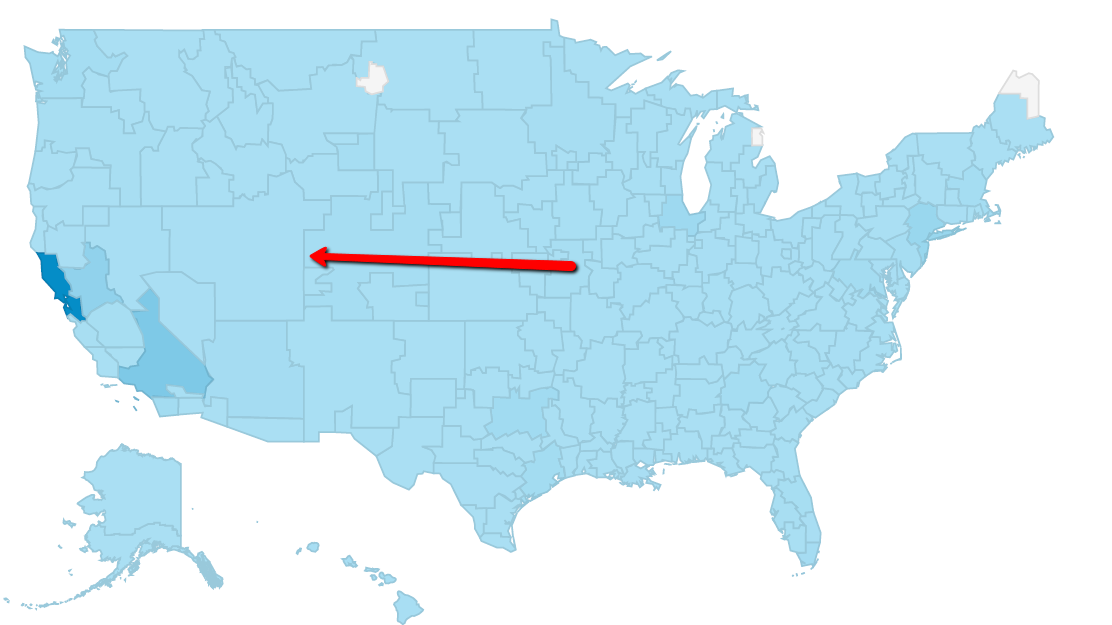 One final note about Metro dimension. Because this is based on United States media markets, metro can only be used for users in the U.S. and is not available for international users.

So Which is Better to Use?

The answer to this is not straightforward and really depends on the goals of your organization. If the goal of the organization is to see how effective traditional media spending has been and track where most of the sessions are coming from regardless of the exact city, then metro is the way to go. However, if the goal is to see the exact cities from which your sessions are originating, then city is the way to go.

So even though they are synonyms, metro produces slightly different results than city even though the two words might technically have similar definitions. Either way, it is good to have that additional conversation with your SEO analyst to see which works best for you, and to make sure you are getting the information you expect and need to make informed, strategic decisions about your digital marketing plan.

Aaron Pickering joined the Simpleview team in 2014 as a CRM analyst, where he spends his days tackling client needs, crafting custom reports and providing individualized database solutions. With an MBA and a decade of complex computer systems experience, Aaron helps clients maximize their CRM and get the most out of their data.